What Is Bloom’s Revised Taxonomy? 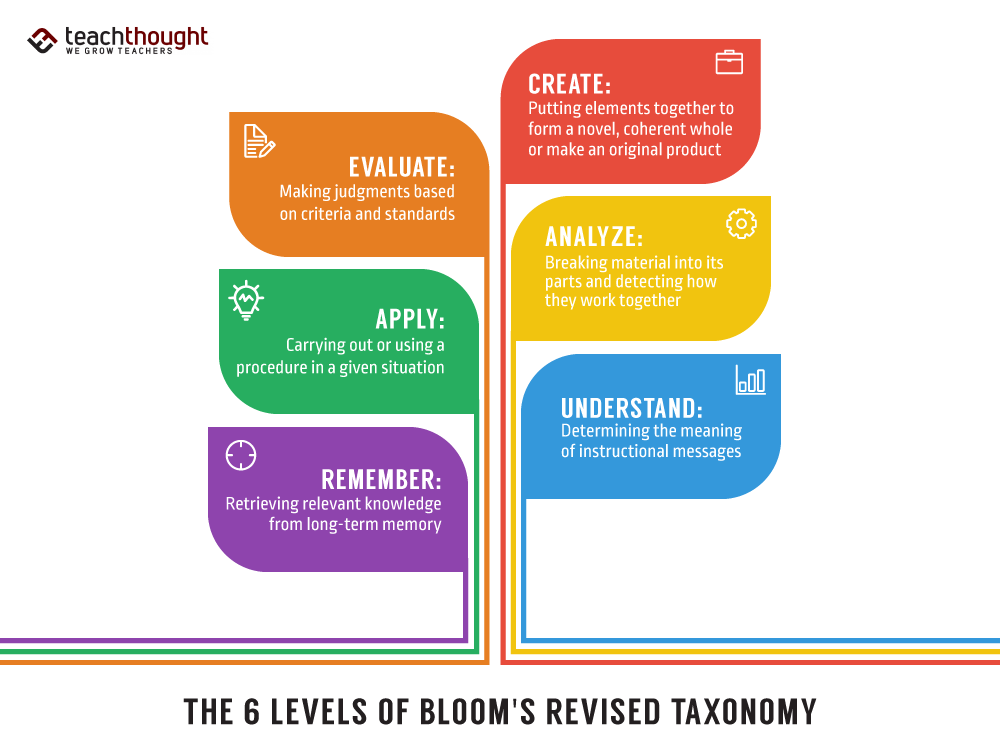 What Is Bloom’s Revised Taxonomy?

The Definition Of Bloom’s Taxonomy, I said, “In one sentence, Bloom’s Taxonomy is a hierarchical ordering of cognitive skills that can, among countless other uses, help teachers teach and students learn.”

Bloom’s Revised Taxonomy is simply an update to the original taxonomy that made expanded on the vision of the original while revising the language and hierarchy of the popular Cognitive Process Dimension (what are referred to as the ‘levels’ of Bloom’s Taxonomy).

In 2001, a group The group consisted of “representatives (from) three groups: cognitive psychologists, curriculum theorists and instructional researchers, and testing and assessment specialists” (Anderson & Krathwohl 2001). David Krathwohl, a member of the original cohort, worked on the 2001 revision in a nod to both experience and continuity.

According the Krathwohl, “The revision of this framework, which is the subject of this issue of Theory Into Practice, was developed in much the same manner 45 years later (Anderson, Krathwohl, et al., 2001). Hereafter, this is referred to as the revised Taxonomy. The group redefining Bloom’s original concepts, worked from 1995-2000.

“This group was assembled by Anderson and Krathwohl and included people with expertise in the areas of cognitive psychology, curriculum and instruction, and educational testing, measurement, and assessment. The new adaptation also took into consideration many of Bloom’s own concerns and criticisms of his original taxonomy.”

We will explore the changes in more detail in What Changes Were Made To Bloom’s Taxonomy? But as noted, the most commonly-known changes were made in the Cognitive Process Domain to the levels themselves which were changed from nouns to verbs. For example, ‘Analysis’ because ‘Analyzing.’ Also, the highest level was now ‘Creating’ and while ‘Evaluating’ became the second-highest level and Synthesis was removed entirely (or, arguably, itself synthesized with other ideas, leading to ‘Create’).

Further, a Taxonomy Table was created for Bloom’s Revised Taxonomy that expands on the relationship between The Knowledge Dimension and the Cognitive Process Dimension, essentially making it a two-dimensional framework.

For many, Bloom’s Revised Taxonomy will be thought of simply as ‘Evaluation’ becoming ‘Create,’ but for those who spend more time with the primary text of both the original and the updated version, there is considerably more thought given to critical concepts of teaching and learning and the added Taxonomy Table itself is likely more useful as a resource for improving your teaching than a simply change in levels.