The TeachThought Podcast Ep. 138 Is Knowledge Being Overlooked For Inquiry In Progressive Education? 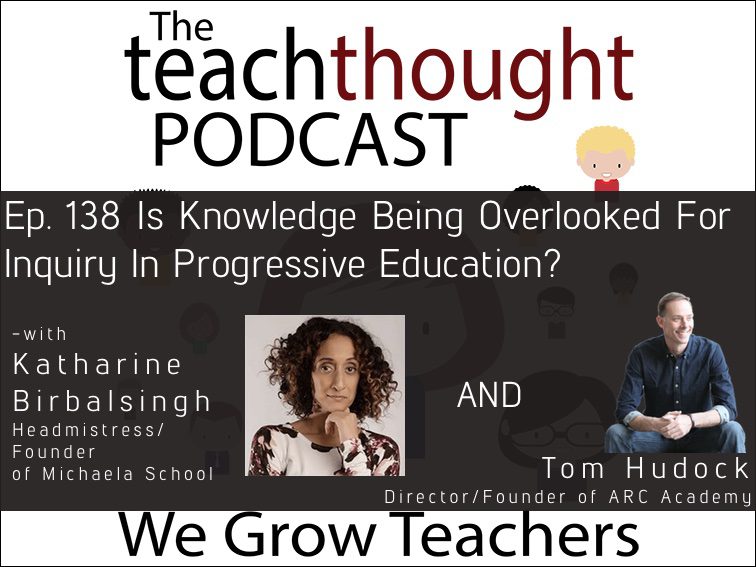 Drew Perkins  talks with Katharine Birbalsingh, Headmistress and Founder of Michaela School in London, and Tom Hudock, Director and Founder of ARC Academy in Victoria, BC about the different approaches to addressing the importance of knowledge and and inquiry in teaching.

Links & Resources Mentioned In This Episode:

Thank You For Listening!

Also, please leave an honest review for The TeachThought Podcast!

Ratings and reviews are extremely helpful and greatly appreciated! They do matter in the rankings of the show, and we read each and every one of them. If you have any questions please email us at grow@teachthought.com!

Don’t forget to subscribe to the show on iTunes to get automatic updates.