How To Teach Empathy 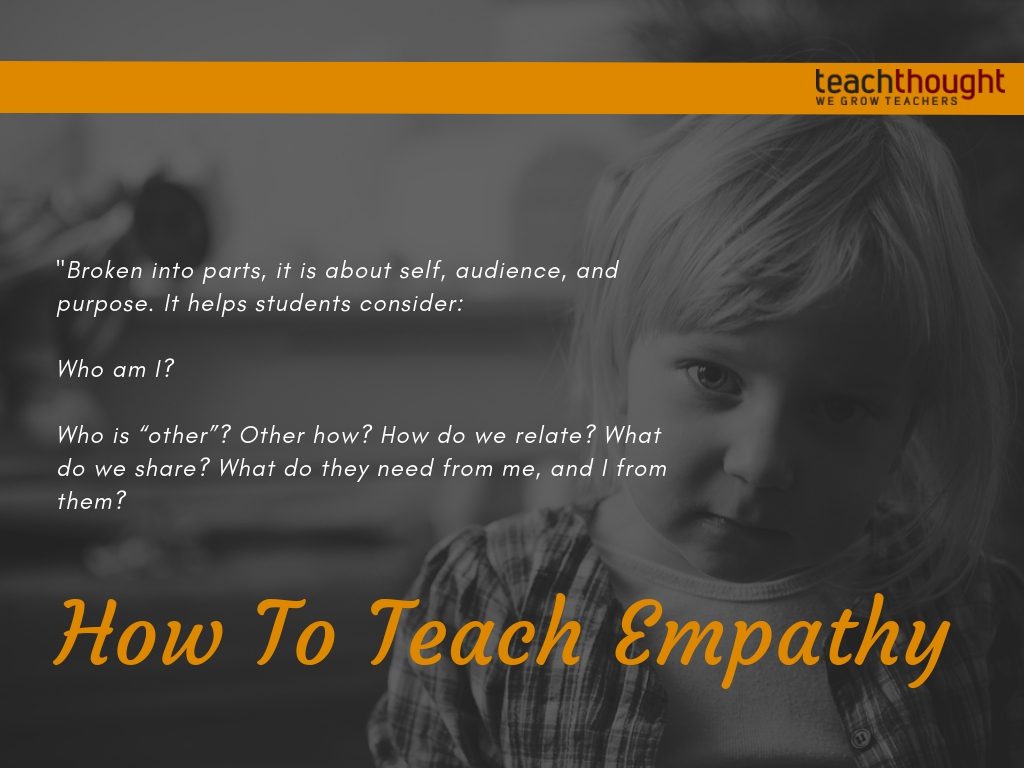 How To Teach Empathy

Right near the core of education, just past tolerance and just short of affectionate connectivity, is the idea of empathy.

University of California at Berkley’s Greater Good: The Science of a Meaningful Life explains empathy. “The term “empathy” is used to describe a wide range of experiences. Emotion researchers generally define empathy as the ability to sense other people’s emotions, coupled with the ability to imagine what someone else might be thinking or feeling.”

Empathy is often confused with sympathy, which is a pretty extraordinary error depending on how tightly wound you are about these things (and whose definitions you stand behind). According to Dr. Brene Brown offers a divisive take on the difference. “Empathy fuels connections, sympathy drives disconnection.”

This contrasts with dictionary.com, which explains “Both empathy and sympathy are feelings concerning other people. Sympathy is literally ‘feeling with’ – compassion for or commiseration with another person. Empathy, by contrast, is literally ‘feeling into’ – the ability to project one’s personality into another person and more fully understand that person.” dictionary.com marks just a slight discrepancy between the two—sympathy requiring less movement and merging of emotions, while empathy is entirely that.

The chemistry and subjectivity and nuance of language aside, there is a clear handle for us as teachers. However large you see the distinction, they certainly have very different tones. Empathy is based in compassion, while sympathy is based in analysis.

“Contemporary researchers often differentiate between two types of empathy: “Affective empathy” refers to the sensations and feelings we get in response to others’ emotions; this can include mirroring what that person is feeling, or just feeling stressed when we detect another’s fear or anxiety. “Cognitive empathy,” sometimes called “perspective taking,” refers to our ability to identify and understand other peoples’ emotions. Studies suggest that people with autism spectrum disorders have a hard time empathizing.”

Ideally, empathy would be the net effect of experience, which in classrooms is both a matter of process and knowledge. Students would learn to empathize rather than be taught to empathize, as a symptom of what they know. Why this is important is a matter of implication and language. Teaching someone to feel what others feel and sit with emotions that aren’t their own couldn’t be any further from the inherent pattern of academics, which is always decidedly other. Teaching always begins with detachment—learn this skill or content strand that is now apart from you. Empathy is the opposite; it starts in the other, and finishes there without leaving.

In your classroom, there are dozens of natural sources of empathy. But what about authenticity? There’s nothing worse than “schoolifying” something a child actually needs to know. So much of great teaching is about packaging content so that students recognize it as something they need to know and can actually use, rather than something to do because I said so and you don’t want a zero do you? 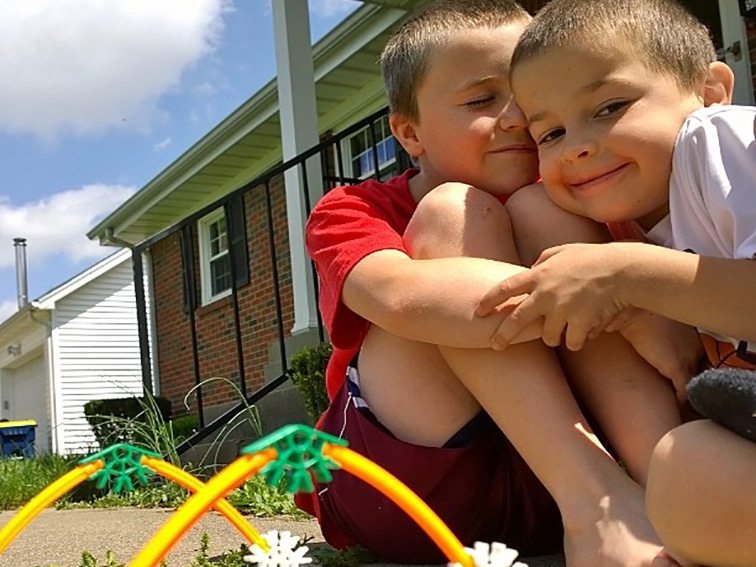 One way to consider it? Without empathy, you’re teaching content instead of students. The concept of teachers as primarily responsible with content distribution is a dated one, but even seeking to “engage” students misses the calling of teaching. To teach a child is to miss the child. You must understand them for who they are where they are, not for what you hope to prepare them for. “Giving knowledge” and “engaging students” in pursuit of pre-selected knowledge both are natural processes of formal education–and both make empathy hard to come by.

So then, where to start doing something different? How should you “teach it”? How will you know it when you see it? Is it different for different content areas, grade levels, genders, socioeconomic background, nationality, or other “thing”? Is this new-age mumbo jumbo, or a precise tool for a progressive teacher? How has the push of digital and social media into learning spaces emphasized the need for empathy–or naturally reduced it?

Is empathy a skill that can even be taught? A “competency” you should bullet point in your lesson plan and pre-assess for? Or is it something more full and persistent and whole? “Expressing care for another is not an innate ability present more naturally in some people than others, but rather a skill that can be taught and nurtured through a supportive educational environment” (McLennan, 2008, p. 454). McLennan’s research suggests it is a skill.

But pushed further, it’s not hard to see that empathy is both a cause and effect of understanding, a kind of cognitive and emotional double helix that can create a bridge between classroom learning and “real life” application. Getting started with empathy in the classroom is a matter of first grasping it as a concept, strategy, and residual effect of knowledge and perspective.

Heading over to tolerance.org (great resource, by the way) and ordering a bunch of posters and DVDs may be unnecessary–at least at first. Internalizing how the idea of empathy can reframe everything that happens in your classroom–your reason for teaching–is a shift that will suggest a world of possibility for teaching lessons, activities, and strategies.

More than anything else though, empathy is a tone. Broken into parts, it is about self, audience, and purpose. It helps students consider:

Who is “other”? Other how? How do we relate? What do we share? What do they need from me, and I from them? This leads to a staggering, and often troubling, question for all of us: What should I do with what I know?

Teaching empathy, then, is a matter of both affective and cognitive empathy–feeling with, alongside, and through others. This is a huge undertaking. It’s a process that resists labels–human genres of race, sexuality, class, and other grotesque aesthetics–and requires scrutiny. You have to exchange what you think you know for what you don’t. At it’s core, it’s a matter of seeing the world with fresh eyes unburdened with “belief.” To get a person to look at another person as a matter of beautiful symmetry.

Want to teach empathy? Help students ask not “How am I unique?” but rather “How are we the same?”

A version of this post was written by Terry Heick and originally published on edutopia; also previously published at TeachThought.com; image attribution flickr user BoudewijnBerends

← What Is A Student Responsible For? 6 Strategies For Creating An Inquiry-Driven Classroom →