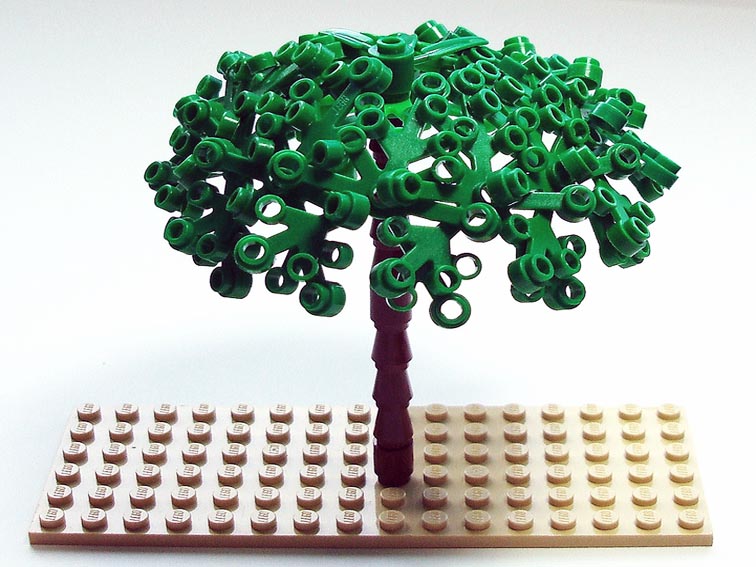 Ed note: On May 26, 2015, Grant Wiggins passed away. Grant was tremendously influential on TeachThought’s approach to education, and we were lucky enough for him to contribute his content to our site. Occasionally, we are going to go back and re-share his most memorable posts. This is one of those posts. Thankfully his company, Authentic Education, is carrying on and extending the work that Grant developed.

In the just-released Math Publisher’s Criteria document on the Common Core Standards, the authors say this about (bad) curricular decision-making:

“’Fragmenting the Standards into individual standards, or individual bits of standards … produces a sum of parts that is decidedly less than the whole’ (Appendix from the K-8 Publishers’ Criteria). Breaking down standards poses a threat to the focus and coherence of the Standards. It is sometimes helpful or necessary to isolate a part of a compound standard for instruction or assessment, but not always, and not at the expense of the Standards as a whole.

“A drive to break the Standards down into ‘microstandards’ risks making the checklist mentality even worse than it is today. Microstandards would also make it easier for microtasks and microlessons to drive out extended tasks and deep learning. Finally, microstandards could allow for micromanagement: Picture teachers and students being held accountable for ever more discrete performances. If it is bad today when principals force teachers to write the standard of the day on the board, think of how it would be if every single standard turns into three, six, or a dozen or more microstandards. If the Standards are like a tree, then microstandards are like twigs. You can’t build a tree out of twigs, but you can use twigs as kindling to burn down a tree.”

Hallelulah! As readers and friends know, I have been harping on this problem for decades, and especially with regard to mathematics instruction and assessment. So, to have such a clear statement is welcome. Not that I am naïve enough, however, to think that a mere statement will alter some people’s wrong-headed thinking and habits. But this should catch some attention.

Teaching Bits Out Of Context.

This problem of turning everything into “microstandards” is a problem of longstanding in education. One might even say it is the original sin in curriculum design. Take a complex whole, divide into the simplest and most reductionist bits, string them together and call it a curriculum. Though well-intentioned, it leads to fractured, boring, and useless learning of superficial bits.

Here is John Dewey on the problem – and the false analogy with physical taking apart that it is based on – writing over 100 years ago:

“Only as we need to use just that aspect of the original situation as a tool of grasping something perplexing or obscure in another situation, do we abstract or detach the quality so that it becomes individualized…. If the element thus selected clears up what is otherwise obscure in the new experience, if it settles what is uncertain, it thereby itself gains in positiveness and definiteness of meaning.

Even when it is definitely stated that intellectual and Mental physical analyses are different sorts of operations, intellectual analysis is often treated after the analogy of physical; as if it were the breaking up of a whole into all its constituent parts in the mind instead of in space. As nobody can possibly tell what breaking a whole into its parts in the mind means, this conception leads to the further notion that logical analysis is a mere enumeration and listing of all conceivable qualities and relations.

The influence upon education of this conception has been very great. Every subject in the curriculum has passed through — or still remains in — what may be called the phase of anatomical or morphological method: the stage in which understanding the subject is thought to consist of multiplying distinctions of quality, form, relation, and so on, and attaching some name to each distinguished element. In normal growth, specific properties are emphasized and so individualized only when they serve to clear up a present difficulty. Only as they are involved in judging some specific situation is there any motive or use for analyses, i.e. for emphasis upon some element or relation as peculiarly significant. [emphasis added]”

Dewey’s point is clear even if the writing is dense: so-called analysis of things into bits for the purpose of learning the whole has no basis in cognitive psychology or epistemology. Indeed, as he says just after, it is a case of putting the cart before the horse. Distinctions are made when we need them in the service of understanding. Learning an endless array of distinctions and their names yields no meaning and merely verbal knowledge.

To put it graphically, this is how driver’s education would look if we followed such logic: 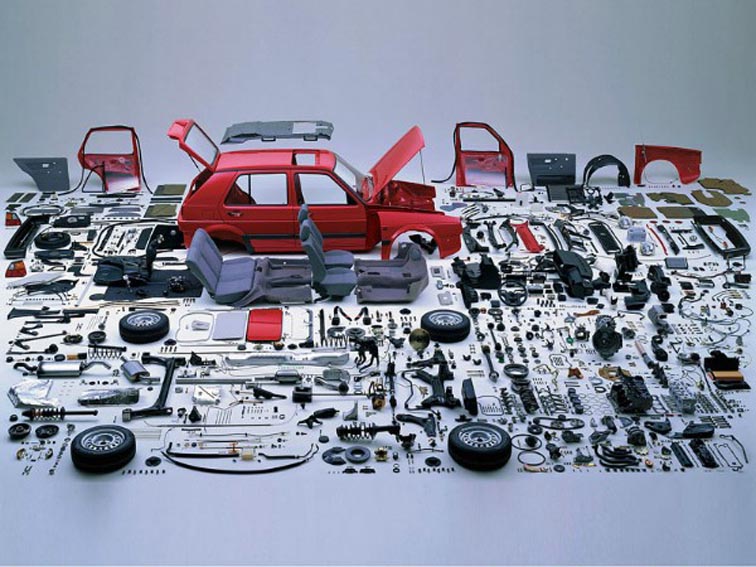 Mastery Learning projects made this mistake in droves in the 70s and 80s. The idea of backward design from competency was bastardized into a Learn-All-the-Bits, and we’ll call it mastery if you get over 80% on all the quizzes. The same thing is happening today in many projects, like RISC, that call themselves Competency-based. All these projects are is a march through endless micro-standards. In some projects, students cannot “advance” to the next “level” until and unless they test out on “interim assessments” of such knowledge of lots of little bits out of context.

That’s not only dumb but immoral: lots of great performers might not have mastered some of the bits first. As I have long said, it is like not allowing a kid to play soccer until they have mastered 100 paper and pencil quizzes on each soccer bit.  And my blog readers can easily understand my harangue against Algebra I courses as a textbook (!) example of such a mistake.

A similar problem is to assume that students need, first, to learn all sorts of technical vocabulary in learning the little bits. Here is a dreadful example from a middle school science book that we are working with as part of a curriculum-writing project for a client.

The book’s topic and title is Sound and Light. By page 10, Chapter 1, the following terms have been (needlessly) introduced to discuss waves: Transverse, mechanical, troughs, longitudinal, compressions, rarefactions. By page 12 they also add amplitude, wavelength, frequency. Middle School! The chapter ends with 3 formulas utterly out of context.

The chapter assessment? Recall the terms and plug in some data into the formulas, of course! No discussion of why we might be interested in waves; no discussion of the link to key physics questions, like the quest to understand light and sound; no discussion as to why or how one might use these distinctions or formulae to learn something interesting.

Absurdly, all of this is introduced before any observations and experiments with waves. This is not only how waves are introduced to the student but how science is implicitly to be understood – as the picayune naming of bits of experience. Why would a young middle schooler become interested in science through such an introduction?

Or as Dewey famously described this mistake in Democracy and Education:

“There is a strong temptation to assume that presenting subject matter in its perfected form provides a royal road to learning. What more natural than to suppose that the immature can be saved time and energy, and be protected from needless error by commencing where competent inquirers have left off? The outcome is written large in the history of education. Pupils begin their study . . . with texts in which the subject is organized into topics according to the order of the specialist. Technical concepts and their definitions are introduced at the outset.

Laws are introduced at an early stage, with at best a few indications of the way in which they were arrived at. . . . The pupil learns symbols without the key to their meaning. He acquires a technical body of information without ability to trace its connections [to what] is familiar—often he acquires simply a vocabulary (p. 220).”

So, please: let this be a warning to all course designers, curriculum writers, and (especially) textbook designers. The sum of the itty bitty parts is not a whole, ever. You need to understand that movement toward interest in and mastery of a complex whole requires designing backward from – and never losing sight of! – the complex whole and the interesting questions related to it.

We do it right much of the time in soccer, immersion approaches to foreign language, art, and philosophy. Math, history, many science courses, and many foreign language courses get it hopelessly wrong – making the same mistake, yet again, that Dewey wrote about over 100 years ago. It’s way past time to avoid this unthinking error.